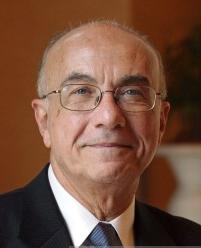 Dr. Yahia was born in Cairo, Egypt and immigrated to the US in 1968. He studied Chemical Engineering (B.S. Cairo University, M.S. & Ph.D. University of Wisconsin, Madison) and International Finance and Monetary Theory (MA – University of Texas, Dallas). He authored two books, numerous papers and many patents. His most world acclaimed book was published first by John Wiley & Sons, Inc. in January 2010: The Art of Islamic Banking and Finance.  The book was on Amazon.com best sellers’ list in its category, two printings (over 12,000 Copies) were sold out and an expanded Second Edition: The Art of RF (Riba Free) Islamic Banking and Finance was released in November 2014. The book presents pioneering research results about many topics including the Real Added Value of RF (Riba Free) Banking & Finance. It includes chapters on Prohibition of Riba/Ribit in all Abrahamic Faiths, the Early warning Discipline of Detecting Price Bubbles and much other hands-on practical operating experience while operating Bank of Whittier Riba Free since 2003. The Turkish Language edition was launched in 2016.

Dr. Abdul-Rahman invested 18 years (1986 – 2003) in the Investment Banking industry with CitiGroup / Smith Barney where he started (1988) and co-managed the first ever Shari’aa compliant stock portfolio that achieved superior performance and was a prelude to the Dow Jones Islamic Index.

Dr. Yahia is known as the Father of Islamic banking in North America. He started “American Finance House –  LARIBA” in 1987. In addition, the shareholders of LARIBA also own the first full service RF (Riba-Free) National Bank in history of America: LARIBA Bank of Whittier, NA (1998.) The LARIBA effort (capital and assets) is derived from the American community. LARIBA and LARIBA Bank of Whittier, serving all 50 states’, have proven that RF (Riba-Free) banking delivers superior results as it was tested in the 2008 meltdown. Please visit: www.LARIBA.com and www.WhittierBank.com.

LARIBA, under Dr. Yahia’s leadership, was the first company ever in the US to operate RF (Riba Free) an American Full Service Riba Free Bank National Bank (transformation of bank to RF bank in 2003) and to issue RF (Islamic finance) asset-based mortgage bonds with Fannie Mae (Sukuk in 2003) in the US with Fannie Mae and in Singapore with MUIS.

He served as a member of the original organizing group and of the Jury of a prestigious world class “Malaysian Global Royal Award in Islamic Finance” (in 2010, 2012, 2014 and 2016) to elect the best Islamic Banker in the world.

Dr. Yahia is a distinguished Community leader in North America since 1968. He participated in the start-up and operation of many Community Centers and Schools in the US and Canada. He was an invited Jum’aa speaker in most US cities and in Canada, India, Singapore, South Africa, Switzerland, Thailand, Turkey and the UK.