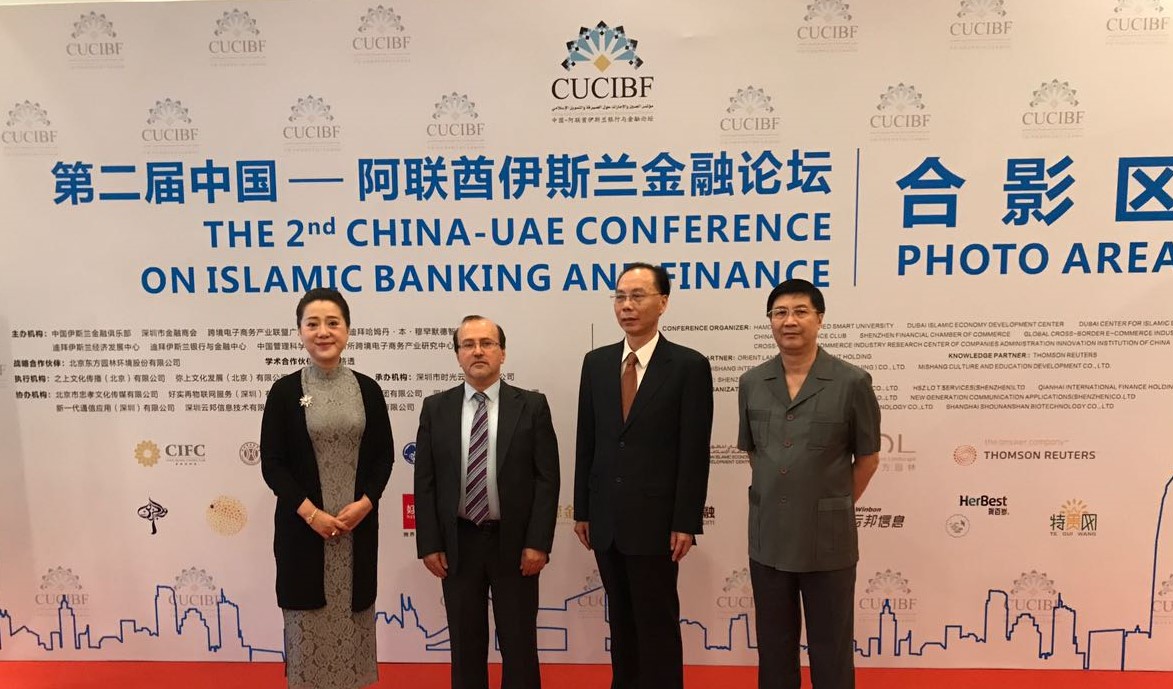 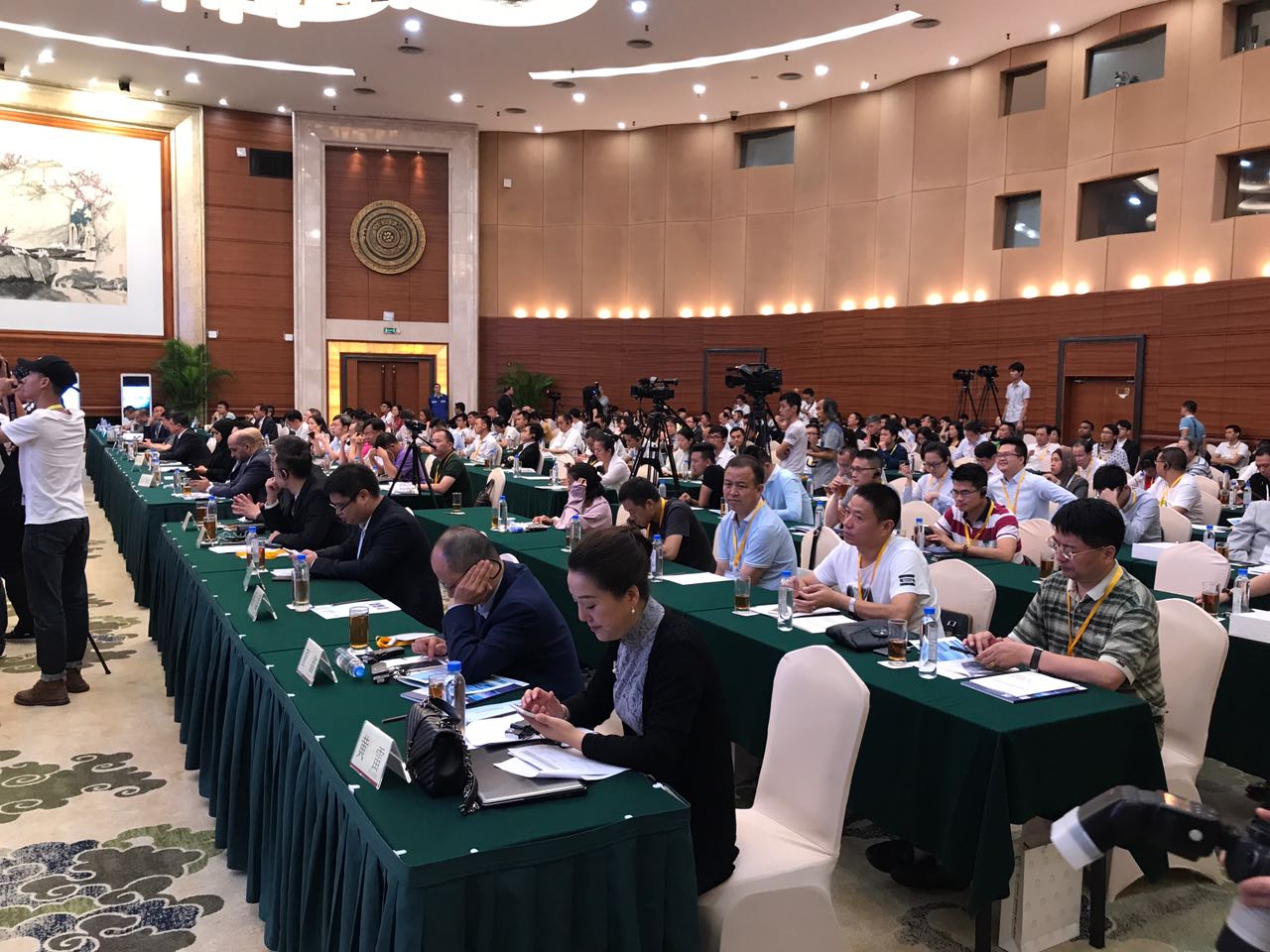 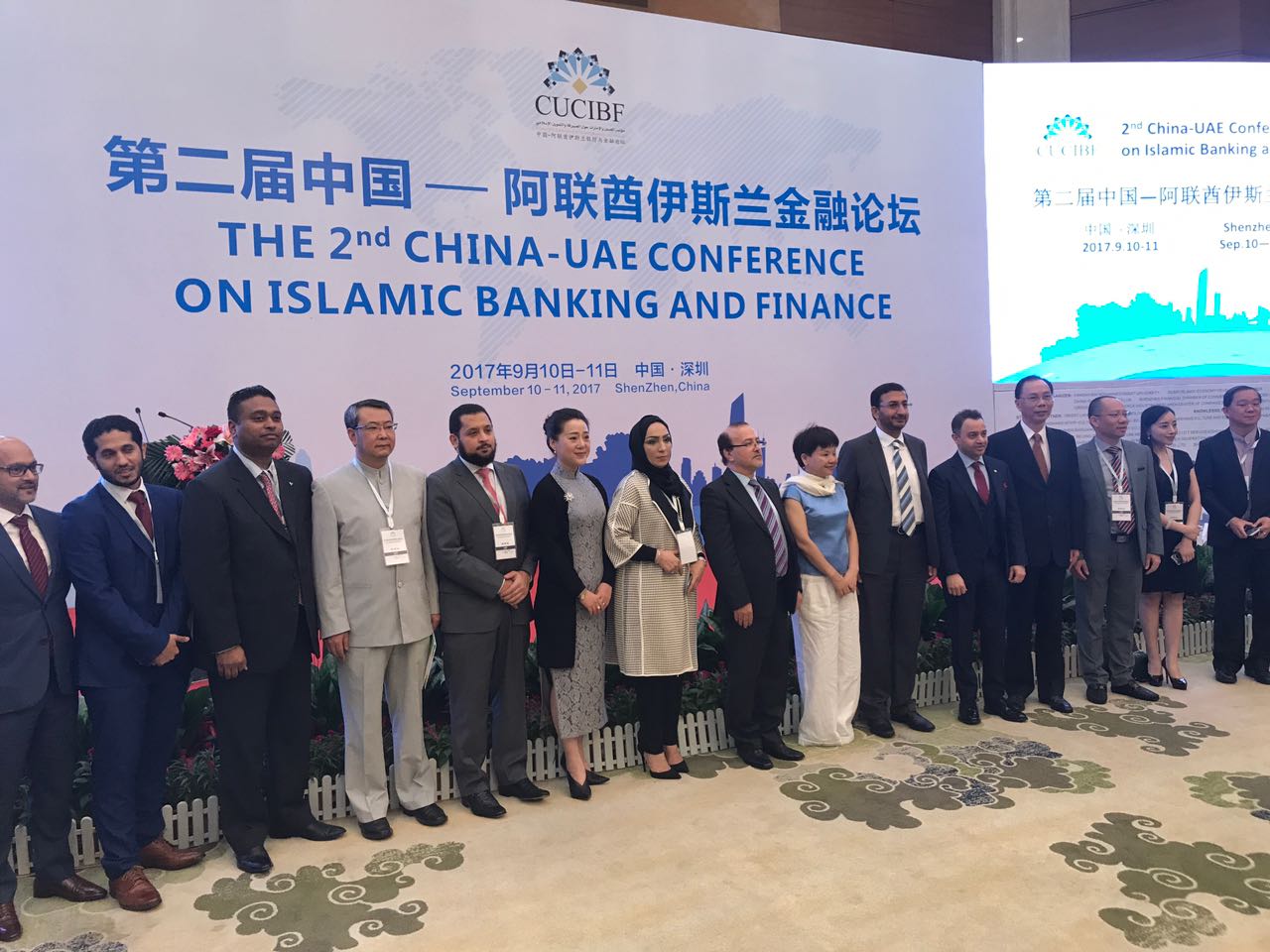 The Dubai Center for Islamic Banking and Finance in Hamdan Bin Mohammed Smart University (HBMSU) and the Dubai Islamic Economy Development Centre has successfully concluded the 2nd China-UAE Conference on Islamic Banking and Finance. The two-day event held in Shenzhen, China formed part of efforts to drive economic growth and comprehensive development through the Islamic economy, in line with the objectives of the ‘One Belt, One Road’ initiative. It was organized in cooperation with China Islamic Finance Club, ZhiShang Intercultural Communication, and Knowledge Partner Thomson Reuters.

This year’s main conference theme of ‘Islamic Finance: Paving the Way for the Belt and Road Initiative’ provided a strategic international platform for exploring ways to enhance financial and economic integration and strengthen the historic economic relations between the European and Asian markets linked by the Silk Road, in line with the objectives of the ‘One Belt ... One Road’ strategy. The event included in-depth discussions on promoting constructive dialogue among economists, bankers, decision and policy makers, investors and stakeholders of the Islamic economy. Talks focused on reviewing emerging challenges and prospects for enhancing the role of Islamic finance in achieving the goals of the ambitious Chinese initiative. The leading experience of Dubai in developing the Islamic economy into a comprehensive system and a key driver for international development was tackled as well.

Dr. Mansour Al Awar, Chancellor of HBMSU, noted that the 2nd China-UAE Conference on Islamic Banking and Finance complements the successful cooperation between the UAE and China by exploring new prospects for harnessing Islamic finance to drive economic development, in light of the growing role of the Islamic economy – estimated to be currently worth USD 2.3 trillion –as a main driver for the growth of the global economic system.

He said: “The conference is inspired by the vision of H.H. Sheikh Mohammed bin Rashid Al Maktoum, UAE Vice President and Prime Minister and Ruler of Dubai, to transform Dubai into a global capital for the Islamic economy, under the supervision of H.H. Sheikh Hamdan bin Rashid Al Maktoum, Crown Prince of Dubai and President of HBMSU, who is leading the development of the sector in line with the requirements of this era and the emerging post-oil economy.”

Professor Nabil Baydoun, Vice Chancellor for University Advancement, HBMSU, said: “The forum was organized in line with ongoing efforts to share Dubai's pioneering experiences at the global Islamic finance map. We highlighted the active role of Dubai and the UAE in accelerating regional and international development while focusing on their outstanding contributions to the revitalization of the Silk Road connecting Asia and Europe, in line with the ambitious Chinese ‘One Belt, One Road’ initiative. By attracting extensive high-level international participation, the event provided an ideal opportunity to develop proactive ideas and exchange effective strategies for maximizing the benefits of Islamic finance by implementing the ‘Belt and Road’ initiative to drive global development, stability and prosperity within the framework of fruitful partnerships between the public and private sectors.”

Commenting on the importance of the conference, Abdulla Mohammed Al Awar, CEO of the Dubai Islamic Economy Development Centre, said: “The second edition of this conference emphasized the confidence of government, the public and private sectors, and the world in the ability of the Islamic economy to contribute to the success of large-scale international projects such as the ‘One Belt, One Road’ initiative. The event provided a great opportunity for Islamic financial institutions and financial entrepreneurs engaged in various sectors to showcase their presence in major projects with the potential to reshape the global economy."

“In addition to finance, the Islamic economy will contribute to the success of the ‘One Belt, One Road’ agenda through the implementation of standards and regulations which are now international requirements for ensuring sustainability, reducing risk, and realizing the social dimension of equitable and comprehensive development. The concepts of production and its related areas and sustainability on which the Islamic economy is based have become vital to rationalizing and optimizing the consumption of resources to ensure a healthy global environment," he added.

“Dubai will play a pivotal role in the ‘One Belt, One Road’ initiative given its success in strengthening its position as a cultural and legislative reference and a global incubator for the world's largest and most important conventional and Islamic companies and institutions,” he concluded.